A cool year with a wet winter and spring has led to a later commencement to harvest than we have come to expect over the last decade. Some whites in the Adelaide Hills have come off around 10 Be, with later reds still to come. Some wineries have used hand picking to select solid fruit. Coonawarra has seen some oddities, with whites only just coming in along with some earlier reds, but Shiraz cropping heavily sitting well behind Cabernet! The Riverland also has some red fruit to come. Clare Valley and Barossa have fared well, with good quality and yields. Langhorne Creek has seen some high disease pressure, and McLaren Vale is well into reds now. 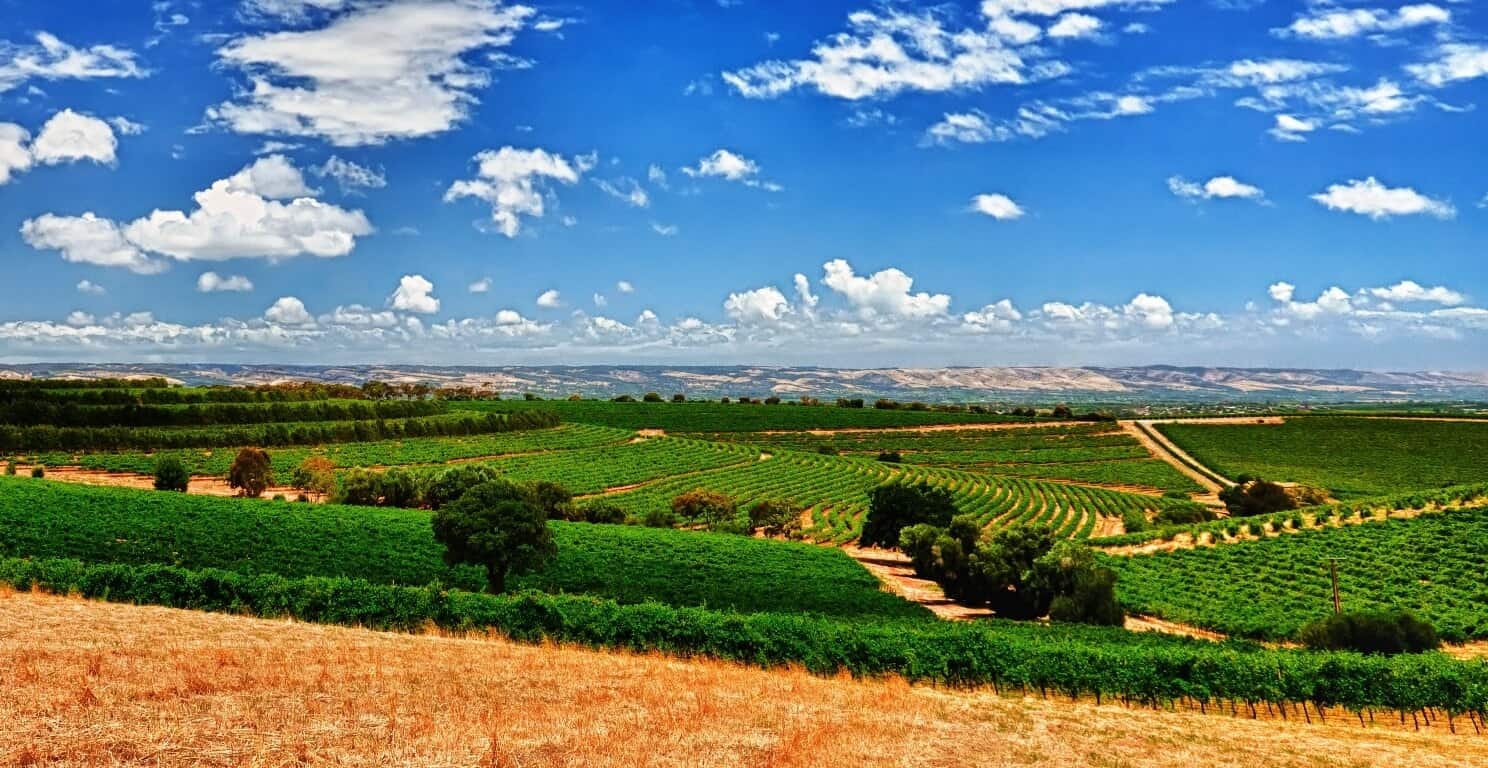 A wet season in WA has significantly delayed ripening. Some winemakers are concerned about obtaining sufficient ripeness in their later varieties. Given WA’s focus on Cabernet, which is a later varietal, this is of some concern.

Like many areas, the season started much later than it did in 2016. Disease pressure was evident in the forms of powdery and downy mildews in the Yarra Valley & Mornington Peninsula regions. Hen and chicken made an appearance, especially in Pinot Noir, which otherwise shows good quality. Warmer weather aided ripening through February and March, but some unusual humidity has increased pressure, and Botrytis has developed in some areas in response to this, especially in the later varieties.

With a concentration of abnormally hot weather on the east coast over summer, Hunter Valley was off to an early start for Vintage 2017. Phenological ripeness came late in some areas, correspondingly with reports of some unusually high baumes. A great vintage in Mudgee was reported, with excellent fruit quality.

Best controlled with an addition of tannin. For reds we recommend Pro Tanin R. Specifically formulated to bind laccase (the oxidative enzyme released by Botrytis), Pro Tanin R is essential for handling red fruit with all degrees of Botrytis infection. Addition rates vary according to the extent of infection. SO2 levels should also be considered as an additional control measure. 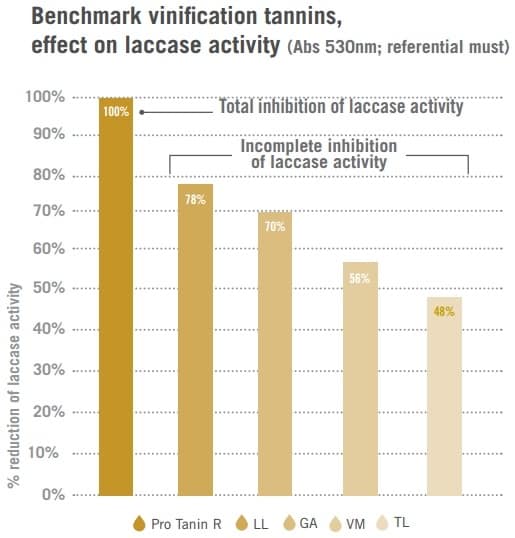 Figure 1: Laboratory benchmark trials
% reduction of laccase activity in a model must stripped of proteins then enriched with laccase.
Treatment at 10 g/hL
Absorbance at 530 nm

Lack of ripeness in reds

Softan P is a blend of proanthocyanidic tannins and polysaccharides used to ameliorate the tannin structure in reds. Exogenous tannins can tend to be blocky and angular on the palate; the introduction of polysaccharide provides the chemical and structural benefits of the tannin component but with softened and rounded palate delivery.

Colour instability is common in the more difficult seasons. While any tannin addition will support colour stability through an increase in the wine’s antioxidant capacity, a true anthocyanin binding agent is required to effectively stabilise colour. Softan V is a combination of proanthocyanidic tannins, catechin and polysaccharide. Catechin is the vital component required for anthocyanin binding, as it is far more reactive towards anthocyanins than proanthocyanidic components.

Because Bortyrtis uses the same nutrients as yeast, it affects grape nutrient levels, so in wet vintages winemakers should pay extra attention to yeast and fermentation nutrition. We recommend the following nutrients:

Speedferm and Oenostim are yeast rehydration nutrients that provide enzymatic co-factors and survival factors to allow the yeast to function more efficiently and increase alcohol tolerance. Second-half fermentation kinetics are increased for a cleaner, faster end to fermentation.

Optiflore O is an organic fermentation nutrient – no DAP!

Actibiol consists of yeast hulls, yeast nutrients, and cellulose, and is indispensable for sluggish ferments as a detoxification agent. Keep some on hand at all times.