Thirty years ago, Stephen Sullivan travelled to Australia to work at a winery. He saw chips left over from the barrel building process being added to wine in an attempt to impart oak flavors. Stephen was inspired to develop barrel alternatives.

“I had seen the cost of French oak barrels rise about 6% every year,” he explained. “There was no way for wineries to keep up with those inflationary barrel prices and still make wine that consumers could afford.” 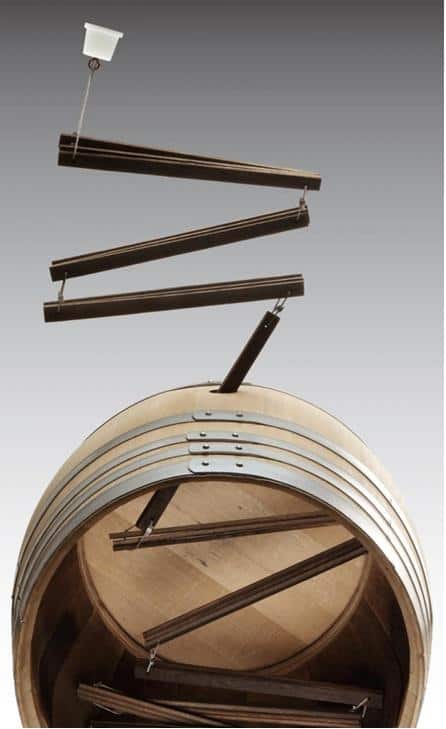 He decided the best way to to produce these barrel alternatives was the same way barrel makers produced their barrels. He started by selecting wood from the premier forests in France. He aged it for three years. With a local welder he invented special fire pots to toast the staves, just like French barrel makers had done for centuries. It was a success. He was able to replicate all the positive traits associated with the finest French oak barrels.

Stephen and his brother Alan set out to convince the wine industry that they had discovered a better way to make wine. Soon wineries in North America, South America, Europe, Australia and New Zealand were clamouring for the products. Today, StaVin supplies more than 3,000 customers worldwide.

The brothers hired PhD chemist Jeff McCord to research the effects of oxygen on wine in barrels. This led to the creation of their second product: the OxBox. This helps winemakers replicate the oxygen uptake in barrels. Another chemist, Jeff Murrell, began working for the brothers, advising wineries on how to use StaVin products to achieve their desired aroma and flavor profiles. By the mid-1990s wineries were buying fewer barrels, but releasing wines with subtle, complex oak flavors at price points under $20 per bottle. This would have been impossible using French oak barrels. If you are drinking a wine that sells for under $30 per bottle, most likely that wine has been made using oak adjuncts instead of barrels.

Another benefit of oak adjuncts is their sustainability. One mature oak tree cut down for barrel production yields 10 barrels worth of oak staves. That same tree used to make StaVin products produces enough finished, sawn staves to yield the equivalent of 500 barrels of oak extraction.

The StaVin products were so successful that wineries started to wonder if they needed barrels at all. “We decided to practice what we were preaching,” said Stephen Sullivan. “We opened Safe Harbor in 2007, where we age wine in stainless steel tanks using adjunct products exclusively, along with our OxBox micro-oxygenation technology. In effect, we built a winery that used no barrels.” Safe Harbor was an immediate success. It has grown in storage capability every year. Currently it holds over 9 million gallons of storage space, and that space turns two to three times per year.

In 2009 Jerome Francois, CEO of TFF Group (which operates eight different cooperages and includes his family’s venerable Francois Freres Cooperage), became fascinated by oak adjuncts. “StaVin stood out,” said Francois. “They were like coopers. They selected centre of France wood and aged it three years. They fire-toasted their staves much like we do when we make barrels. They were family-owned, dedicated to quality, and had a great reputation in the industry.”

“Jerome liked the product and loved the way we ran the business,” said Stephen. “He shares our commitment to quality, and the partnering with TFF has opened up the entire European market to our products.”

“Our mission is to help wineries enhance the pure traditional flavors in their wine while saving them money, oak, water, labour, electricity, and warehouse space.” Alan Sullivan.

“After 30 years, the thing I am most proud of is our customer loyalty. Nothing matters more than those relationships, most of which are now friendships. We are lucky to be in a business that is always evolving. Nothing is more energising than looking to the future and coming up with new ways to make it better.” Stephen Sullivan

Barrel Alternatives: An Overview
Choose The Best StaVin Product For Your Wine.