About BHF > Our Team > Steve Brunato 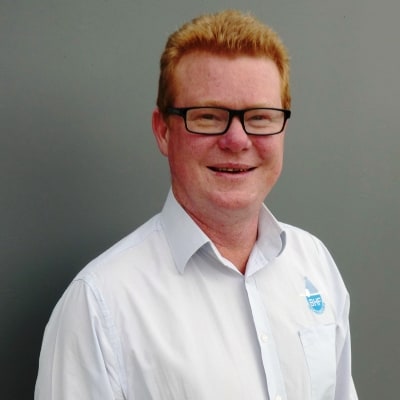 Steve started with BHF in January 2015, bringing with him a wealth of knowledge from his extensive winemaking, food, and beverage background, with a particular focus on RO system service and support. He primarily provides specialist support for BHF’s South Australian regional customer base, but also assists customers in Western Australia and other states. Steve complements BHF’s already expansive expertise in filtration and RO systems. Having extensive knowledge of turnkey systems, Steve is focused on managing system process technical service and support enquiries, with an emphasis on RO systems and nitrogen generator systems.

Steve began as a cellar hand during the 1992 Vintage at Ryecroft/Rosemount in McLaren Vale. After working on a number of vintages in the cellar and vineyard he settled on the viticulture discipline, furthering his career through external study of Viticulture at Charles University Wagga Wagga, then moving into the viticulturist position at Wirra Wirra in 1998, for four years. Steve was then enticed to more exotic regions, finding himself in North Africa and Sicily, where he managed a large viticulture/winery operation for a Sicilian wine company. He went on to co-found a winemaking and viticultural consulting company in McLaren Vale in 2004. With clients as far afield as Bulgaria and India, Steve continues to support his clients nationwide and abroad. In 2010 Steve focused his efforts on managing system and business operations involving selective membrane technology, evaporative perstraction and filtration applications for the wine industry.

We know that our customers will value Steve’s dedication to top class service, his ability to customise effective solutions, and his natural aptitude for maintaining and building strong working relationships. And as a private pilot who is studying for his commercial license, with a little notice he can meet you anywhere in Australia!